Plant a tree in memory of Edgar
An environmentally-friendly option 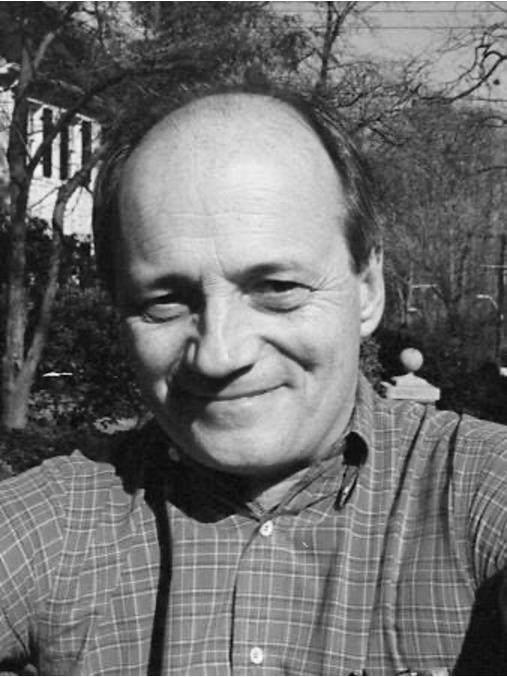 Edgar Morgan passed away on July 4, 2021 at the age of 81, in his hometown of Lebanon, Pennsylvania.
Ed’s deep passion for local and national politics and an inherent courage to stand up for deeply held ethical principles began while studying political science at Lebanon Valley College. He worked as a legislative assistant in
the Pennsylvania State Senate before moving to California to become a consultant in the California State Legislature where, an early proponent of responsible environmental legislation, he helped to write the Clean Air Act. An
unsuccessful run for U.S. Congress in his thirties did not deter Ed from a lifelong commitment to the political arena. His passion for the workings of government always leaned towards democracy as a champion for all, as evidenced by his achievements in a range of sectors: Vice President of the National Oil Jobbers Council, Executive Director and Director of Congressional Affairs for the U.S. Equal Employment Opportunity Commission, Executive Director of the U.S. Consumer Product Safety Commission, and Deputy Assistant to the Secretary of the U.S. Department of Health and Human Services. Broadening his scope in efforts to build resilient democracies, Ed took his experience, his pragmatic style and the power of his convictions abroad. He spent the last two decades of his career working for the International Foundation for Elections Systems in Bosnia, Iraq, Afghanistan and Kazakhstan where he assisted in the development of effective governing institutions. Ed did not just 'work'. He served. At home or abroad, he drew leadership inspiration from one of his heroes, Abraham Lincoln, from whom he was inspired to use the power of an image, a story or a symbol to motivate people. Ed believed that collaboration and creative problem-solving, even among disgruntled opponents, must drive reconstruction following conflict. Hundreds of photos, reports and testimonies from his tenure abroad bear witness to Ed as an empathic grassroots leader whose aim was to empower others. After “retiring” to the U.S., Ed poured his energy into another of his passions, educating college students with a model European Union simulation program. Profoundly convinced of the importance to inspire young people to critically engage in legislative processes, strategic thinking and international relations, Ed partnered with universities in Pennsylvania to co-found the European American Institute, known today as MAEUSC, for which he earned a Doctor of Laws (LL.D) from his alma mater, Lebanon Valley College in 2017. During the past 20 years, more than 3,000 students have participated in the annual EU simulation held in Washington, D.C. Ed has twice served as a Distinguished Lazin Resident at LVC, and in 2015, the consortium established the annual Edgar Morgan Award for Outstanding Student Commissioner in his honor. Throughout his adult life, Ed pursued the research of genealogy in his spare time. He would visit any historical society in Pennsylvania and beyond if he thought it might uncover the story of another relative missing from “The Morgan Family History.” He loved exploring history and culture beyond his own family. On road trips around the U.S., Ed was known to stop at every historical marker and every state capitol along the way. Not to be confined, he expanded his travels to 111 countries and six continents in his lifetime. While he certainly enjoyed globetrotting and engaging in crucial world issues, he was often most appreciative of warm, simple moments with friends and family. Many of those moments included reminiscing about being a counselor at the YMCA Camp Kiwanis in the foundational time in his life. Those who know Ed best will appreciate the remarkable coincidence that he shares Abraham Lincoln’s birthday and that he died on July 4th, along with three of America’s founding fathers, John Adams, Thomas Jefferson and James Monroe. If the afterlife has a historical society, Ed will be pointing this out to its members!
Ed is survived by his son, A.J. Morgan, and his daughter, Emily Morgan, as well as grandchildren Charlie, Emma, Henry and Hannah.
Those wishing to pay tribute to Ed with a donation should contact the Advancement Office at Lebanon Valley College.
For more information, to order flowers, or to send messages of condolence, please visit www.christmansfuneralhome.com

Plant a tree in memory of Edgar by clicking here.
To send flowers to Edgar's family, please visit our floral store.

No services to be held

Plant a tree in memory of Edgar
An environmentally-friendly option

Plant a tree in memory of Edgar

4 trees planted in memory of Edgar

A Memorial Tree was ordered in memory of Edgar George Embich Morgan by Zoran IFES BiH,.  Plant a Tree

Ed Morgan - gut morgen as they greeted you in Fojnica, Maglaj and other fine places you did your work in

A Memorial Tree was ordered in memory of Edgar George Embich Morgan.  Plant a Tree

In the memory of Mr. Edgar George Embich Morgan may he Rest In Peace.
Phil D.

A Memorial Tree was ordered in memory of Edgar George Embich Morgan by Phil D..  Plant a Tree

A Memorial Tree was planted for Edgar George Embich Morgan

Plant a tree in memory of Edgar