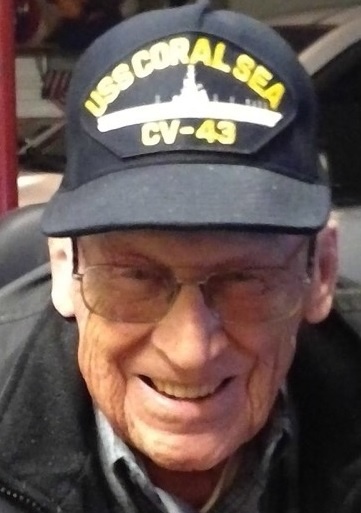 Mr. Richard F. "Dick" Shaak, 87, of Jonestown, died on Thursday, February 21, 2019 at his home.
Born in Lebanon, PA, Richard was preceded in death by his wife Jean N. Shaak (King), a brother Robert Shaak and a sister Anna Mae Kissinger (Shaak). He is survived by a daughter, Kathy Ream of Jonestown, a son Richard Shaak, Jr., of Enola and a daughter Stacey Quay of Garner North Carolina. He has 3 grandchildren, Derek Ream of Bellevue Michigan, Rhiannon and Ian Quay of Garner North Carolina as well as 2 great grandchildren, Kaitlynn and Derek Ream, Jr.
Richard served in the US Navy aboard the USS Coral Sea during the Korean War as a musician after attending the Navy School of Music. He also played in the Harrisburg Symphony Orchestra. Richard retired from Bell Atlantic in 1985 and began his own company Manor Telephone Systems. Upon selling the company, he and his wife moved to Palm Coast Florida where they resided for 15 years. Richard was a life member of the VFW (Millersville Post) and a past president of the Roses council of the Telephone Pioneers of America.
There will be no ceremony. If you wish to make a donation, it can be made to the American Lung Association.
For more information, to order flowers, or to send messages of condolence, please visit www.christmansfuneralhome.com

To order memorial trees or send flowers to the family in memory of Richard Shaak, please visit our flower store.

No services to be held