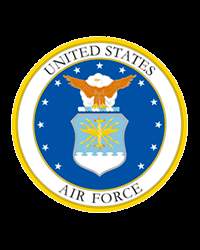 Richard A. "Dutch" Daubert, 76, of Lebanon, died on Monday, December 21, 2020 at Tower Health Reading Hospital.
He was born on Monday, November 20, 1944 to the late Lester A. Daubert and Elgarda F. Daubert nee Felty in Lebanon. He was a member of Myerstown Church of the Brethren and worked as a Mill Operator at Alcoa. He was a veteran of the Air Force in the Vietnam War and enjoyed hunting, fishing and spending time with his family.
Surviving are wife Carol J. Daubert nee Krall; sons Daryl D. Daubert and Dustin D. Daubert; grandchildren Casey M. Daubert, Connor J. Daubert, Vaughn M. Daubert, Wyatt D. Daubert. He was preceded in death by brother John E. Daubert.
Viewing will be on Thursday, December 31, 2020 from 9:00 AM to 11:00 AM at Myerstown Church of the Brethren 51 W Stoever Ave. Myerstown.
Funeral services will be on Thursday, December 31, 2020 at 11:00 AM at the church.
Burial will be private.
For more information, to order flowers, or to send messages of condolence, please visit www.christmansfuneralhome.com

To order memorial trees or send flowers to the family in memory of Richard Daubert, please visit our flower store.

Myerstown Church of the Brethren

Myerstown Church of the Brethren