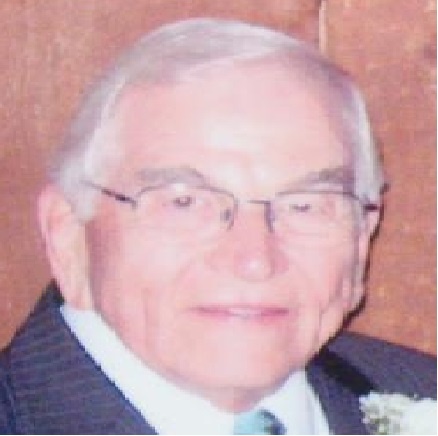 Marlin R. "Ket" Kettering, 85, of Lebanon, died on Monday, December 05, 2016 at Spang Crest Manor.
He was born on Tuesday, June 23, 1931 to the late Stanley L. Kettering and Elizabeth M. Kettering nee Royer in Ephrata. He was a member of Lebanon Church of the Brethren and worked as a warehouse manager at Big A Auto Parts. He was a veteran of the Army in the Korean War. He was a Mason for Lodge #226, involved with the Dragging Dutchmen and Friendship Fire Co. Ket enjoyed music and sang in the church choir and played trombone in the US Army Band. He and his wife liked taking fall foliage trips in PA.
Surviving are wife Marilyn L. Kettering nee Garman; son David A. spouse of Kim J. Kettering; grandchildren Kristin L. Kettering, Korissa L. spouse of Ben J. Earnshaw; great grandchild Noah B. Watson; brother Stanley R. spouse of Erla Kettering. He was preceded in death by sister Arlene K. Bucher.
Viewing will be on Tuesday, December 13, 2016 from 10:00 AM to 11:00 AM at Christman's Funeral Home, Inc., 226 Cumberland Street, Lebanon.
Funeral services will be on Tuesday, December 13, 2016 at 11:00 AM at the funeral home.
Burial will be at Indiantown Gap National Cemetery, Annville, with full military honors, following the service.
Memorial contributions may be made to Lebanon Church of the Brethren, 400 Locust Street, Lebanon, PA 17042.
For more information, to order flowers, or to send messages of condolence, please visit www.christmansfuneralhome.com

To order memorial trees or send flowers to the family in memory of Marlin Kettering, please visit our flower store.