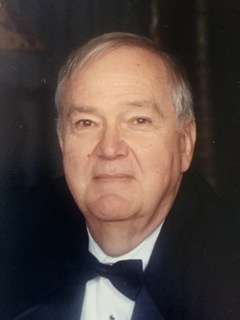 Leroy Franklin Kauffman, 84, of Cornwall, PA, passed away peacefully as he was surrounded by his family on Sunday, July 24, 2016 at the Good Samaritan Hospital in Lebanon.
Leroy was preceded in death by his parents William and Florence (Klick) Kauffman; his brother Harold Kauffman; his sisters Margaret Heberling and Miriam Bean; and his beloved grandson Jeffrey Lesher, Jr. He is survived by his wife Janet (Shaak) Kauffman, to whom he would have been married 60 years in November; his brother Leon Kauffman (Pauline); his daughters Diane Rothstein (Jonathan), Sherri Schauer (Scott), and Julie Masiello (Philip); his grandchildren Kevin Lesher, Arielle Rothstein, Eliza Rothstein, Samantha Schreckengost, Lucas Orta, Vivian Orta, and Sabrina Orta; his great-granddaughter Abigail Schreckengost; and many nephews, nieces, and dear friends.
Leroy was born in Lebanon County on February 5, 1932. He was raised on a farm near St. Jacob's Kimmerlings Church by his mother after his father died in 1938. In August 1941 he was completely paralyzed by polio. After two weeks of strict isolation, he was admitted to the Elizabethtown (PA) Hospital for Crippled Children where he was strapped to a board for two years before starting a new controversial hot pack treatment designed by Sister Kenney, a Lutheran nurse from Australia. Leroy was able to walk out of the hospital in October 1943, attending Lebanon High School and Lebanon Business College.
Leroy went on to marry Janet, started a family, and worked as a salesman for many years at Whitmoyer Laboratories in Myerstown. He started his own company, Agricore, Inc. in 1982, which he ran successfully until the week he died. He served in many leadership roles at St. Jacob's Kimmerlings Church, where his family attended church for generations.  He was also on the North Cornwall Township zoning board, a leader with the Boy Scouts, as well as other community organizations.
A celebration of Leroy's life will be held on Wednesday, July 27, 2016 at St. Jacob's Kimmerlings Church, 1 St. Jacob's Drive, Lebanon, with a viewing starting at 9:00am, services at 10:00am, followed by interment in the Kimmerlings cemetery. Friends and family are invited to stay for a luncheon at Kimmerlings immediately following the burial.
In lieu of flowers, the family has suggested donations to St. Jacob's Kimmerlings Church or the Michael H. Wise II Foundation.
For more information, to order flowers, or to send messages of condolence, please visit www.christmansfuneralhome.com

To order memorial trees or send flowers to the family in memory of Leroy Kauffman, please visit our flower store.