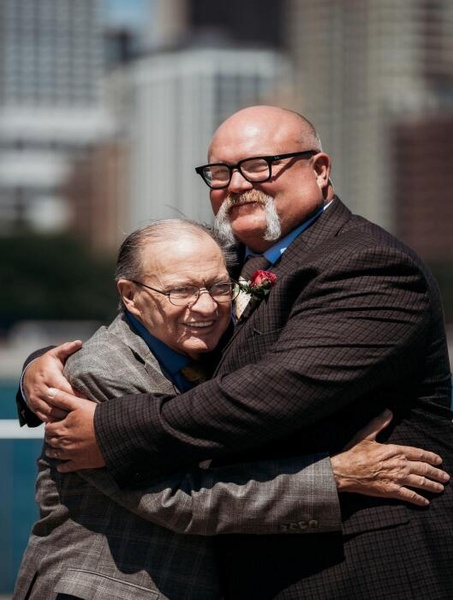 On Monday June 28th restaurateur, loving father, husband, grandfather, and great-grandfather Ken Seib passed on from this life, peaceful in the assurance of a home in heaven.
Ken, or Pop, as he was affectionately known, was the founder and former owner of Taco Shells Southwestern Restaurant. Ken was born in Brooklyn NY, to George and Francis Seib (nee Snow). He was preceded in death by his wife Shirley Anne Seib (nee Dugan) his stepdaughter Patricia Lynn Grant (nee Worrel) and granddaughter Megan Grant. He is survived by two sisters, Lorraine and Diane, his son Kenneth Seib II, daughter-in-law Rachel Seib (nee Fox) his stepdaughter Linda D’Imperio, son-in-law Joel D’Imperio, Grandchildren Jeremiah Seib, Madeline Rose Seib, Layla Hollenbaugh, Rebecka Simmers, Dylan Worrel, and seven great grandchildren.
Ken served in the Navy aboard the U.S.S. Intrepid during the conflict in Vietnam from 1964-68. During this time, he met and married his future wife of 34 years, Shirley Anne Dugan. Ken made his living as a welder and electrician for 16 years before he, Shirley, and young Ken opened the original Taco Shell’s restaurant in the Downingtown Farmers Market in 1984. The restaurant moved to Oxford Pa in 1985, and to Cochranville in 1999 before closing in 2006. Ken took great pride in Taco Shells and his success as a small business owner. Ken and Shirley both loved to cook, eat, and travel. It is well known that apart from bickering, their favorite way to spend their time was with each other. Ken was loved by those who knew him and will be greatly missed.
For more information, to order flowers, or to send messages of condolence, please visit www.christmansfuneralhome.com

To order memorial trees or send flowers to the family in memory of Kenneth Seib, please visit our flower store.

Services are to be announced