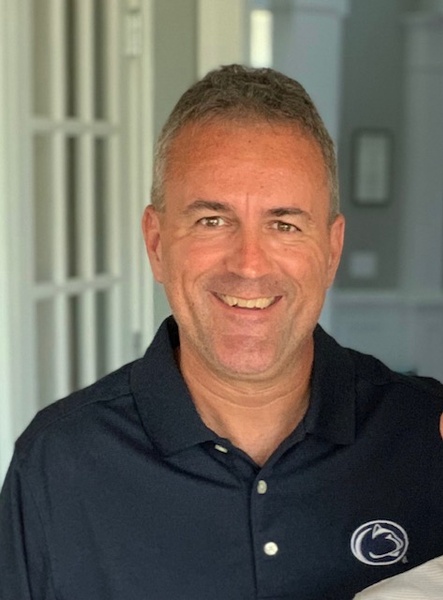 John Shultz III, 51, of Bensalem, PA passed away on Tuesday, July 20, 2021 in his home.
John was born at Walter Reed Hospital in Washington, D.C. to John Shultz Jr. and the late Donna Shutter Shultz.
John was a 1988 graduate of Cedar Crest High School, received his B.S. in Chemical Engineering from Pennsylvania State University in 1992 and his MBA from the University of Alabama in 1999.
John started his career as an Engineering Manager with Montsanto Company in Alabama.  Over the years he worked for several companies in the role of General Manager and Director of Operations.
John beamed with pride when he spoke about his children, nieces and nephews.  John loved golfing, running, reading, The Dallas Cowboys, Penn State and Alabama Football.  John was a member of Trinity UCC Church in Collegeville, PA.
John is survived by his wife, Andrea Kraemer Shultz, his daughter Mackenzie Shultz, son Braden Shultz, his father John Shultz Jr., his sisters Jennifer Galos and Sherri Johnson, and six nieces and nephews.
He was preceded in death by his son Colin Shultz, mother Donna Shutter Shultz, step-mother Donna True Shultz and brother Thomas Palmer.

A Memorial service will be held on Thursday, August 19th at 2pm at St. Luke's Episcopal Church, 22 S. 6th Street, Lebanon.  There will be visitation and refreshments immediately following the service in the church hall.

Memorial contributions may be made to Trinity United Church of Christ 532 East Main Street Collegeville, PA 19426.

To order memorial trees or send flowers to the family in memory of John Shultz, III, please visit our flower store.