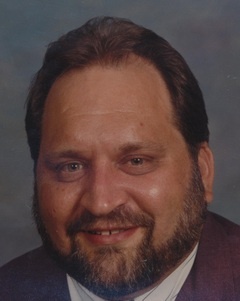 John Francis Ceresini, Jr, 58, of Rexmont, died peacefully at his home on Monday, January 4th, 2016, after an extended illness.
A devoted father and adoring husband, John is survived by his daughter Elizabeth Joyce Ceresini, age 7, and his wife, Taunia (Krantz) Ceresini, with whom he celebrated his 15th anniversary on August 5th.  Grieving parents are Joyce (Swinesburg) & John F. Ceresini, Sr., of Lebanon.  He is also survived by his sister, Bonnie Hower, wife of Scott Hower of Lebanon, as well as several nieces and nephews.
A graduate of Cedar Crest High School, John had fond memories of wrestling, drumming in the band, and obtaining Eagle Scout with Troop 45 of Lebanon.  He enjoyed working as an orderly at Good Samaritan Hospital emergency room and running ambulance with Independence Ambulance.  He became an LPN through Lebanon Area Vocational and Technical School and worked at the VA Medical Center and Wernersville State Hospital.  He completed a double major in computing and business at Harrisburg Area Community College where he also was in the honor fraternity Phi Theta Kappa. He also became a Master Gardener and rescue certified SCUBA diver.  He also attended Penn State and fondly remembered Joe Paterno, as John still routinely watched football games with his daughter. More recently, John attended LCBC Church (at the Manheim and Ephrata campuses) since 2001 and thrived in the Men's Fraternity / Knights of the 21st Century fellowship until his deteriorating health limited his activities. John is now free of pain and distress with his Savior, Jesus.
A viewing will be held at Christman Funeral Services of Lebanon at 1pm on Friday, January 8th, 2016, with funeral service at 2pm followed by a brief graveside interment at Kimmerlings Cemetery.
In lieu of flowers, the family requests donations to the Humane League of Lancaster County, 2195 Lincoln Highway East, Lancaster, PA 17602 or WJTL 90.3 radio, 1875 Junction Road, Manheim, PA 17545.
For more information, to order flowers, or to send messages of condolence, please visit www.christmansfuneralhome.com

To order memorial trees or send flowers to the family in memory of John Ceresini, Jr., please visit our flower store.