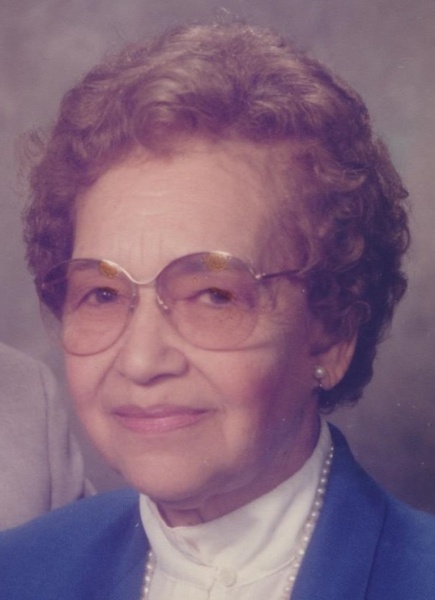 Jeannette Cecile LaTulippe Layser passed away on Thursday, January 21, 2021 at Juniper Village.
She was the wife of the late Leroy Layser Sr. who died in 2004. They shared 58 years of marriage. Born on April 20, 1922 in Berlin, NH, Jeannette was the daughter of the late Frank and Cecile Bailey LaTulippe.
She had five sisters and one brother, all whom preceded her in death.Leroy and Jeannette met in Boston, MA during WWII. Leroy was stationed at an Army base nearby and Jeannette was enrolled in Cadet Nurse Training in Brookline, MA. Leroy shipped out to serve in Europe. They corresponded and shortly after he came home, they married in Nashua, NH in 1946. Leroy, being from Richland, brought them back to make their home in Lebanon County. In 1953 they purchased a small farm on a hill overlooking the Lebanon Valley. It was a wonderful place to live and to raise their two children. With Leroy driving his truck long distance, Jeannette took on the everyday responsibilities on the home front which she did so well. There was nothing she didn’t do well. That’s who she was. She created a lovely and loving home for her family. She took pride in keeping the farm looking it’s best. A paint brush could often be seen in her hand, even having painted the barn herself. She loved her family and her farm. She resided there until entering assisted living. Many fond memories of those days will remain and be treasured by her family. Jeannette was an excellent cook and baker. Being French Canadian and coming to Pennsylvania Dutch country the foods were new to her, but with the help of her mother-in-law, she learned and became a wonderful Pennsylvania Dutch cook. She hosted many lovely holiday dinners for her family which will never be forgotten. She could never bake enough sand tarts at Christmas. When her children were no longer at home, she worked as a clerk at Boscov’s for seven years. She and Leroy retired at the same time which allowed them to do some travelling. Jeannette loved to read and became an avid reader later in her life. She was a devoted wife and a wonderful, caring mother and grandmother. She had a lovely sense of style.
In addition to her husband, Jeannette was preceded in death by her son, Leroy Layser Jr. Surviving to remember her are her daughter, Janet Zerbe, her grandchildren, Angela Layser Fite, wife of Nathan, Jerry Layser and
companion, Deb D’Aurelio and Emily Zerbe Emerich and companion, Albert Seprinski. Also surviving are six greatgrandchildren. A private graveside service was held at Indiantown Gap National Cemetery with Chaplain Timothy Nickel officiating. A family celebration of her life will be held when it is safe to do so. The family would like to thank the staffs of Juniper Village and Masonic Village Hospice for the care and kindness given to Jeannette. Christman’s Funeral Home, Lebanon, was entrusted with her arrangements.

To order memorial trees or send flowers to the family in memory of Jeannette Layser, please visit our flower store.

Services are to be announced