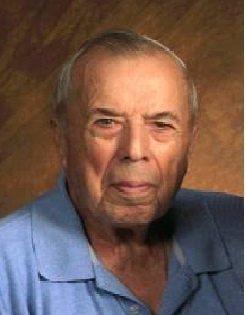 Jay L. Snavely, 83, passed away Thursday, April 13, 2017, at home.
Born in Water Works on November 7, 1933, he was the son of the late Lester Snavely and Barbara Light Snavely. Jay was a lifetime member of Kochenderfer's United Methodist Church. He was employed by his uncle Iren S. Light, then Delp Fuel Oil Company. Jay later worked for the North Lebanon Township Municipality, maintaining the roads and later the parks. Jay was instrumental in building the community park picnic pavilion on Kimmerlings Road. Jay is survived by Jeanne Hower Snavely, his wife of 58 years, as well as his three children, Cynthia A. Snavely of Virginia; Christopher J. Snavely, husband of Christine, of Lititz; and Constance J. Snavely of Lebanon; two grandchildren Corbin Snavely and Shra? Wise; and four great-grandchildren. He was preceded in death by his two brothers Harold and Iren Snavely. Jay was a long-time member of the North Lebanon Township Park and Recreation Board. For many years, he was a Trustee and general go-to guy for work and maintenance within the church. Jay was also a decades long member of the Lebanon Valley Coin Club. Jay enjoyed tending his many apple trees and making cider in the Fall. He also was well known for the bird houses he built.
The funeral service will be held at 11:00 AM, on Monday, April 17, 2017, at Kochenderfer's United Methodist Church.
A visitation will be held at 10:00 AM.
Interment will be in the Kochenderfer Cemetery.
In lieu of flowers, donations in Jay's memory may be made to Kochenderfer's United Methodist Church, 1105 Kochenderfer Road, Lebanon, PA 17046.
For more information, to order flowers, or to send messages of condolence, please visit www.christmansfuneralhome.com

To order memorial trees or send flowers to the family in memory of Jay Snavely, please visit our flower store.