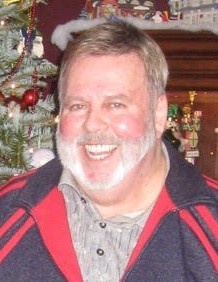 Francis (affectionally known as "Digger" and "Frankie D") was born in Yonkers, NY on March 29, 1941 to Joseph and Anne Diggins (formerly Ruffalo).  After graduating high school, Francis joined the Air Force and was stationed at Olmstead Air Force Base in Middletown, PA.  Francis permanently relocated to Hershey after honorable discharge where he founded Continental Motors, a chain of seven automobile dealerships that stretched from Reading to Harrisburg.  During his career, Francis was quite active in the local community, serving on the boards of the Children's Miracle Network and the Middle States Tennis Association while also founding the Mazda Junior Tennis Program.  After retirement, Francis moved to Hilton Head, SC before returning to Lebanon to be closer to his grandchildren.

Francis was an avid tennis player, a passion he passed along to his son and his grandchildren, and loved to travel.  He belonged to the American Legion and was also actively involved in aiding local veterans find employment in the automotive industry.

Francis is survived by his son, Bernard J. Diggins and his wife Kristin; grandchildren Ashley, Alexander and Victoria; brother Patrick (wife Carmen), sister Marianne Baldwin (husband Joe) and several nieces and nephews.  He was preceded in death by his wife, Geraldine J. Diggins (Veet); his parents Joseph and Anne; and brothers Bernie and Peter.

Burial will be held at the convenience of the family.

In lieu of flowers, memorial contributions may be made to the Gary Sinise Foundation (https://www.garysinisefoundation.org), PO Box 368 Woodland Hills, CA 91365.

To order memorial trees or send flowers to the family in memory of Francis Diggins, please visit our flower store.