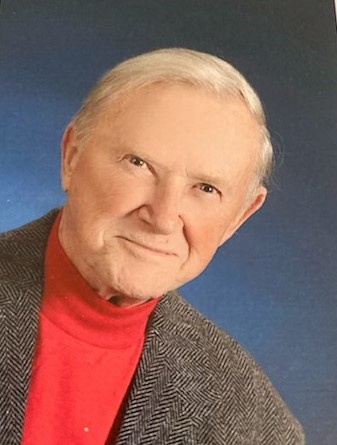 Edward C. Lockhart, 87, of Lebanon, PA arrived safe in the arms of his Savior Jesus Christ on August 25, 2021. He was born December 27, 1933, in Philadelphia, PA. He is the son of the late Renton Myers and Grayce (Bowen) Lockhart. He was raised by his step father Gerald Lockhart. Ed was the loving husband of Theresa M. (Burke) Lockhart with whom he shared 64 years of marriage. He was a graduate of Chestnut Hill High School. Ed joined the United States Marine Corp for 3 years of active duty.  He was a proud veteran of the Korean War era who actively deployed to Okinawa, Japan as a Radio Telephone Operator.  He achieved the rank of Corporal.  His awards include the National Defense Medal, the Good Conduct Medal, and he was awarded the Sharpshooter Badge.  Ed was a self-taught contractor who owned many businesses throughout the years. He took much pride in the work he did for the Philadelphia Art Museum. If he needed to pass time you could find him woodworking, restoring historical homes and furniture, or just being a good hearted man. He was willing to help anyone he thought needed a hand, especially his fellow veterans. He is survived by his wife; Theresa M. Lockhart; their children: Edward T. Lockhart, Nanette Horton and spouse William, Jennifer Smith and spouse Wendell, David Lockhart and spouse Kathleen. He is also survived by his grandchildren: Jason Thomas Smith and Kailee Shea Lockhart. Three great grandchildren; Abagail, Roland, and Jacob Smith. Sister; Kathleen M. Buzby.

Viewing will be held on Tuesday, September 7, 2021 from 12 PM to 1 PM with services to follow at Christman's Funeral Home, 226 Cumberland Street, Lebanon. Burial will be at Indiantown Gap National Cemetery following the service.

Memorial contributions may be made to the Wounded Warrior Project, PO Box 758517 Topeka, KS 66675.

To order memorial trees or send flowers to the family in memory of Edward Lockhart, please visit our flower store.