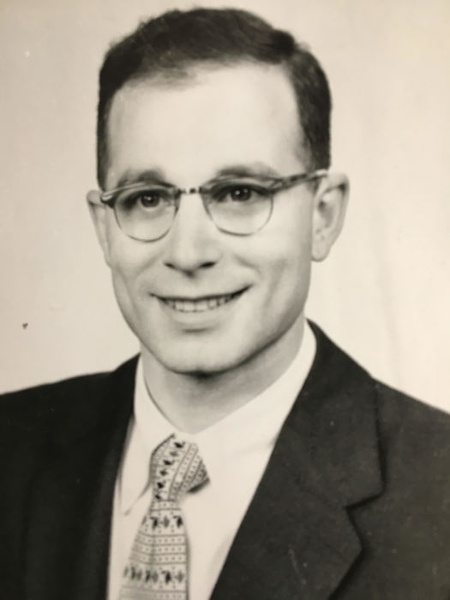 Captain Daniel D. Bosis, MD, age 88 of Lititz PA, passed away on Wednesday, November 7th, 2018.  The family would like to express their deepest appreciation to Dr. Scott T. Shreve and the staff at the Lebanon VA Medical Center hospice unit for their excellent care of Dan during his final days.  The unit is aptly named “Eagle Heights” as Dan’s spirit has flown from this world. Dan is survived by his wife, Marilyn A. (Spriggins) age 86 of Lititz PA, and his two sons, Daniel D. Bosis, MD and wife Velinda (Kuball) of Benton Harbor MI and David S. Bosis and wife Tracy (Lesher) of Lititz PA.  Dan is also survived by three grandchildren: Brett Bosis at the University of Texas Law School in Austin TX, Ben Bosis at Brown University in Providence RI, and Kelly Bosis at Hope College in Holland MI.

Dan was born in Cleveland OH on May 30th, 1930.  He was the firstborn of Ben and Henrietta (Davis) Bosis.  Dan grew up in the Reform Judaism community of Cleveland Heights, OH.  He graduated from Cleveland Heights High School and then joined the Coast Guard, serving during the time of the Korean War.  Upon his return home he attended Western Reserve University (now called Case Western Reserve) where he graduated in 1956 with a major in psychology. He went on to medical school there, receiving his MD in 1960.  He met Marilyn, a Johns Hopkins nurse on her first assignment at the University Hospital in Cleveland, and they married, moving to San Francisco CA for his internship. Daniel Jr. was born at the Letterman Army Hospital on the Presidio in April of 1961. Dan helped to deliver him while on rotation in the maternity ward.  They moved to Lexington KY where Dan completed his first residency at the Federal Narcotics Hospital. David was born in October of 1962. The family then returned to CA for Dan’s second residency in child psychiatry at UCLA. Dan’s special ability to relate to children enabled him to enjoy a private practice in child psychiatry for a number of years in Silver Spring MD before returning to military service through the United Sates Public Health Service (USPHS). Dan’s assignments included the National Institutes of Health in Washington D.C., the US Coast Guard Academy in New London CT, the Coast Guard Base at Governor’s Island NY, the Federal Correctional Institution in Dublin CA, the USPHS hospital on Staten Island NY, and his final one at the Nevada Division of Public and Behavioral Health. During his life, Dan lived on both coasts and in-between, yet he held a deep affection for the San Francisco Bay Area and decided to retire there following his distinguished career.  Eventually, Dan and Marilyn left the bay area and moved to Ann Arbor MI and then to Lititz PA so that they could be closer to their children and grandchildren.

One of Dan’s proudest experiences was serving as the ship’s doctor on the USCGC Eagle in 1976.  The Eagle was the flagship for Operation Sail as it arrived in NYC, marking the Bicentennial of our country.  Not only did he appreciate sailing and ocean vistas, he embraced “life” and enjoyed travel, fine dining, and experiencing different cultures.  Dan participated in a variety of sports such as tennis, figure skating, rollerblading, and bicycling. One of his favorite hobbies was photography. In addition, Dan maintained a lifelong love of learning and education. Most importantly, though, Dan had immense compassion for his fellow man which influenced his religious convictions, his choice of careers, and helped to inspire his children to serve others through ministry and healthcare.  Dan will be remembered for this and for his love of adventure, his bold sense of humor and his appreciation of beauty, art, and music. He was dearly loved and will be missed by his family and friends. Dan will be buried at sea off the coast of San Francisco.

To order memorial trees or send flowers to the family in memory of Daniel Bosis, Sr., please visit our flower store.