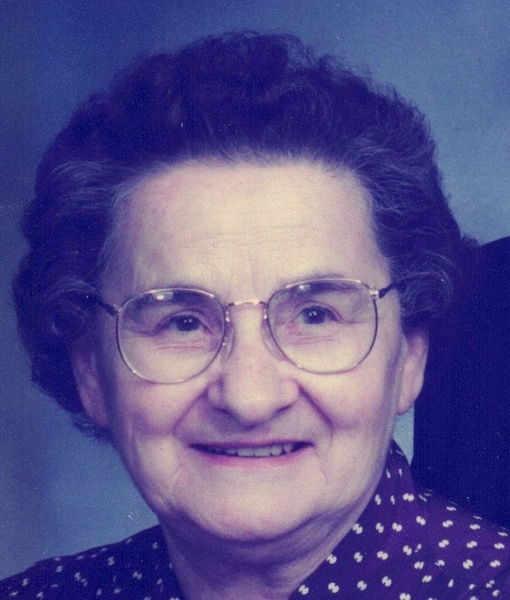 In the early morning hours of Friday, July 30, 2021, Charlotte K. (Deck) Banks peacefully passed away during her sleep.
She was a resident of Elmcroft Assisted Living for three years. Charlotte was born January 19, 1920 to the late Paul W. Deck and Marie A. (Rice) Deck Snyder of Lebanon, PA. She was predeceased by sisters Evelyn Schott, Barbara Eisenhauer, and Julia Eshleman. She had a long and happy life, free of illness, and it was “her time” at the age of 101. During Charlotte’s formative years, she and her sisters resided at the Lutheran Home at Germantown in Philadelphia, PA. When she was 17, she returned to Lebanon and graduated from Lebanon High School in 1939. Charlotte was a life-long member of Salem Lutheran Church where she met her husband, John C. Banks, Jr., at a young adults meeting. They were engaged to be married when, in 1942, John was called to serve in the U.S. Army during World War II, and their marriage was put on hold. Like many women of her day, Charlotte became another “Rosie the Riveter” working at Bethlehem Steel as a nut threader. Thankfully, the war ended, John returned to Lebanon, and he and Charlotte wed on December 15, 1945, nine days following his discharge. They were married nearly 62 years when John passed away in November of 2007.
Charlotte and John were blessed with five children: Barbara M. Reed (Frank), Lebanon; Carol L. Kline (Charles), Lebanon; J. Conrad Banks, III (Pamela), Jonestown; Cynthia A. Whitman (Thomas), Middletown, MD; and Brenda L. Shultz (David), Lebanon. In fact, they were so blessed that they had “Irish triplets”! Barbara and twins, Carol and Conrad, were born the same year; Barbara in January and the twins in December. Needless to say, Charlotte was very busy raising her children. While family responsibilities kept Charlotte quite active, she found time to volunteer at Salem. When her children were young, she taught Sunday school. During the ‘60s and ‘70s, she was one of the “Kitchen Queens” – a group of women who prepared dinners for Thursday noon-time services during Lent. Additionally, she helped older sister, Evie, decorate Salem for Advent and Christmas. For many years Charlotte worked at the voting polls for primary and general elections. In the 1970s, she returned to the workforce as a substitute teacher’s aide with Intermediate Unit 13. She enjoyed knitting, playing pinochle and bingo, rooting for the Phillies, was an avid fan of many sports, and “the official” for any game played by her children and those who lived in the neighborhood. Charlotte will be missed by her 5 children, 11 grandchildren, and 14 great-grandchildren. She had a warm smile and a caring way about her, all the while instilling phrases by which to live: “God helps those who help themselves”; “there’s no time like the present”; “if you’re going to do it, do it right”; “haste makes waste”; if you don’t have anything good to say, don’t say anything at all”; “two wrongs don’t make a right”; and “do unto others as you would have them do unto you.”
Services will be held Monday, August 9, 2021 at Christman’s Funeral Home, 226 Cumberland Street, Lebanon, PA.
Friends and visitors will be received at 10:00 AM followed by a funeral service at 11:00 AM. Pastor Kristal Smith will officiate. Interment will be in Mount Lebanon Cemetery following the service.
In lieu of flowers, memorial contributions can be made to Salem Lutheran Church, 119 N. 8th Street, Lebanon, PA 17046.
For more information, to order flowers, or to send messages of condolence, please visit www.christmansfuneralhome.com

To order memorial trees or send flowers to the family in memory of Charlotte Banks, please visit our flower store.